This week I visited Bogus Basin twice, not to ski, but to get familiarized with a site used by BSU GeoPhysics Graduate Students to research snow hydrology. Calm weather, cold nights, and relatively warm days slightly below 0 Deg-C, have created ideal conditions that favor facetting at the snow surface as well as the deposition of surface hoar.  Enjoy the pictures of surface hoar, facetted crystals, near-surface facets that I found at Bogus Basin today. 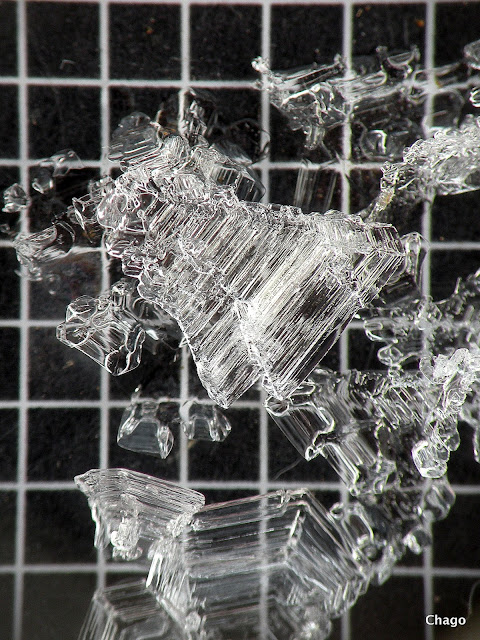 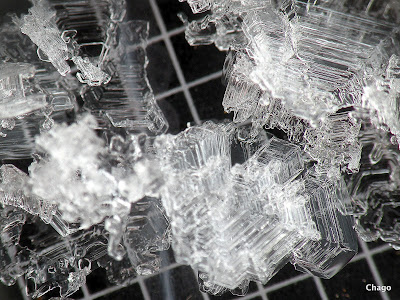 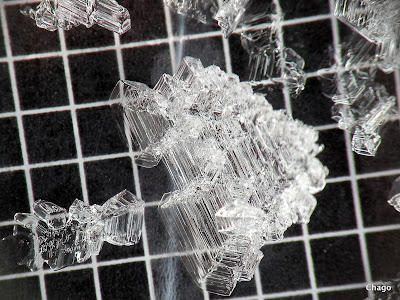 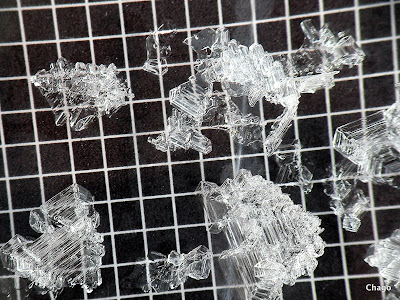 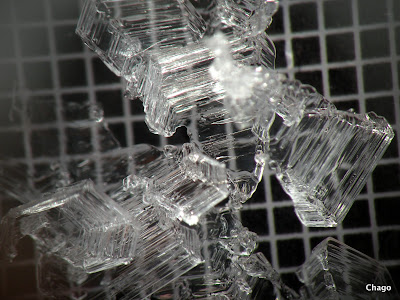 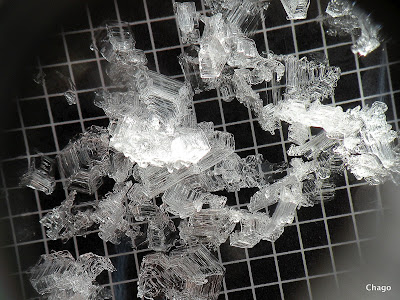 It is likely that surface hoar deposition and significant near-surface facetting is also occurring at many locations in central Idaho mountains. We should not be surprised if these crystals become  a weak layer, once they get buried by the next precipitation event (Late Wednesday).

The pictures of these crystals were captured with a digital camera in micro mode and a 20x Carson magnifier between the camera lens and a crystal card.

During the next week or so, I will attempt to capture pictures of rounds next to facets. That will allow readers to fine tune their "visual pattern recognition" skills to efficiently identify facets, mix crystals (rounded facets, or facetted rounds), and sintered round crystals.

This winter I became a team member of BSU GeoPhysics team, and I will be pursuing a PhD in Cryosphere Science (frozen water). Yesterday and today, were two great days to prepare the Bogus Basin snow study plots ready for research activities.

Posted by Chago Rodriguez at 7:57 PM