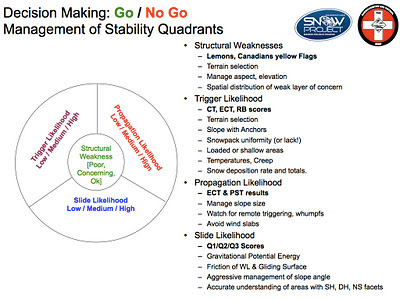 I hope this message is shared by fathers, mothers, sons, girlfriend, or wife searching for a GREAT present for their love ones that happen to love to spend time in the sidecountry or backcountry during the winter months. This is the time when we become desperate for that elusive gift. I will include below some ideas of MUST have gear:

A slightly cheaper option but very functional, and you get a compass (must have item) is priced at $45.55:

And finally a NEW item in the market with a very competitive price at 34.99:

There are other more expensive options, but I strongly recommend owning one of the above. For those that have are lucky to be love by the winner of the powerball I will include below the "Cadillac" of the clinometers:

STOP looking around, search no more, this is the best deal so far:

But if you get the scope, why not getting the BEST crystal card available? I do not recommend metal crystal cards - it is very hard to keep them from melting snow grains.

This is fantastic snow journal will keep your love one safe. It will help him/her to keep track of snow and avalanche conditions. It also has a lot of great information about stability tests, and other critical information. it is priced at $25.

Most likely your love one already has a Two-antena Transciever, a metal shovel with extendable handle, a 3 meter probe, and a snow saw. If not, what are you waiting for? Or if the probe or shovel have many miles or are reaching 10 years - go ahead an buy NEW reliable gear. Please make a note on buying a shovel with extendable handle, the new excavation techniques for avalanche rescue benefit from this feature.

A note on snow saws, I recommend a snow saw that can cut wood in an emergency. A nice feature - my preference - is the option of connecting the saw to poles available in the BD snow saw.

As we continue to educate backcountry users to use extended compression columns for snow stability evaluation, it is much easier (and fun) to use a snow cord to isolate the 90x30 cm snow columns:

Finally, the latest edition of Bruce's book has been updated, and it FUN to read.

Another book I strongly recommend is Snow Sense 5 Edition. I could not find a link at Amazon that will guarantee the 5th edition. And you want to GET this last edition! Thus I recommend that you use the following e-mail for ordering the book:

If I come out with other gift ideas, I might come back and edit this posting.
Posted by Chago Rodriguez at 4:09 AM

The Wx Forecast discussion from NOAA for our area is looking promising. more snow is coming!

Below an excerpt for Today's Long Term Wx discussion:


FRONT WILL EXIT TO THE EAST ON FRIDAY...BUT SNOW SHOWERS WILL PERSIST AS THE UPPER LOW DIGS OVER IDAHO. CENTRAL IDAHO MOUNTAINS LOOK TO RECEIVE THE BRUNT OF THE SNOWFALL. UPDATED SNOWFALL FORECAST /STORM TOTAL/ PUTS 5 TO 8 INCHES OF NEW SNOW IN THOSE MOUNTAIN VALLEYS...AND UPWARDS OF 18 INCHES ON HIGHEST MOUNTAIN PEAKS.

There is a nice tool I like to use, and that I shared last season with my blog friends. The probabilistic model results for this Thursday through Friday period is included below:
HPC Experimental Probabilistic Winter Precipitation Guidance

BC Skiing this upcoming Saturday promises to be good at places where a base has been building due to last weekend precipitation event. Notice that in the chart above, the West Central and Boise Mountains have a 50-60% chance of more than 30 cm of NEW snow.

As you are heading out this weekend, make certain that you keep in mind the following pointers:
As some of you know, the avalanche danger early in the season is accentuated due to the shallow snowpack and formation of basal facets (depth hoar) at the bottom of the snowpack. In addition there has been a lot of wind transport and windslab formation during the last weekend two storms. This upcoming Thursday/Friday snow loading event will surely stress the snowpack!

This is a good time to visit those low angles slopes we always wanted to explore, and/or time to go on outing to verify overall equipment performance - check skins, new boots, backpack, ... TAKE it EASY!

This event is open to the public.

The event is at the Best Western in McCall, and starts at 9 AM. We hope to finish by 4 PM. There will interesting talks about Snotel Tools, Winter Weather 101 workshop, Decision Making and Avalanche Fracture propagation, talks by the region Avalanche Center directors (Payette and Wallowa Avalanche Centers), and the best part; you get to meet folks interested in advancing avalanche eduction in our area.
Posted by Chago Rodriguez at 5:33 AM

This last weekend, two winter storms jump started the Backcountry skiing season in Idaho. After snotel encouraging reports of new snow overnight at Banner Summit, it made sense to pay a visit to Copper Mountain.

The new snow was ~10-12% dense, and it will make a great "starter" base. In fact the new snow was exceptionally well distributed below 8000 feet, and if we get the additional snow forecasted through this week, and if we very lucky to exceed the 50 cm total snow depth, the skiing lower in the mountain might be the best November BC skiing at Banner Summit for the last 5-6 years!

However, I need to emphasize that if we do not get NEW snow, the skiing at Copper Mountain will remain dangerous due to MANY buried obstacles, as it can be observed in the video included below:

In order to maximize "float" and not destroy my Wateas skis with rocks, logs, frozen dirt, I resisted the temptation to ski steeper terrain and mostly skied low angle slopes.

The coverage below Copper Summit was poor and I decided not to summit. There is not enough snow, and it would have required walking down. It is likely that most of the snow from the South face was blown into the N and NE slopes facing the Sawtooth valley.

Not surprisingly, above 8000 feet, where the new snow was sitting in top of facetted snow and/or wind driven snow from Saturday windy front, it was easy to hear the snowpack whumpfing (collapsing!). Also, in the flats at 7000 feet sporadic whumpfs were produced too due the formation of soft slabs (snow settlement and snow grains rounding & sintering resulting in densification of the new snow).

Be mindful of buried depth hoar early in the season due to shallow snowpack. Whumpfing suggest that there is fracture propagation propensity, and that a human is likely to trigger an avalanche if the terrain is steep enough.

By the way, avalanches at Alta-Utah became a problem this Sunday afternoon. And another rider died at Snowbird:

Three of the avalanches were definitely human-triggered, and it appears likely the fourth one was as well, according to Kobernik.

All four were in the Alta Ski Resort, which has not yet opened for the season. Skiers need to treat the resort as a backcountry ski area because there are no ski or avalanche patrols, he said.

The layer of snow that fell in October is weak and sugary and now covered with heavier snow from the recent storm.

Posted by Chago Rodriguez at 10:12 PM