What Hatcher Pass, Soldier Mountain Yurt, and Winter Corner have in common?

What Hatcher Pass in Alaska, Soldier Mountain Yurt by Fairfield, and Winter Corner - Mores Creek Summit have in common? After watching the next video you will be able to guess. Could it be POW?


Friday, February 23 through Sunday 25th we were surprised by new snow with 4-5% density at Soldier Mountain Yurt -Fairfield. The video included above is a small sample of the incredible skiing we had for 3 days. Last weekend BSU students enrolled in Avalanche and Snow Physics (GEOS 466-566) had their 3-day field camp at Soldier Mountain Yurt, next to Peak #1.
Friday morning we loaded students into Soldier Mountain Ski Resort Box-cat and the scientific and personal gear into a second snowcat. 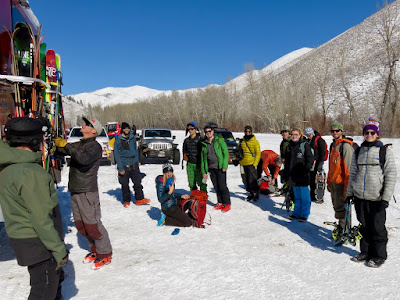 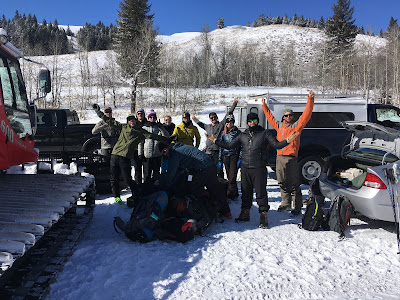 An hour later we were already surveying snow with various instruments. A 20-meter long trench was dug and each of the 12 students produced a snowpit hardness, temperature, and crystallography profile. A SMP penetrometer, Denoth moisture sensor, and NIR camera were used at each of the pits. Along the trench, a GPR radar was also used. 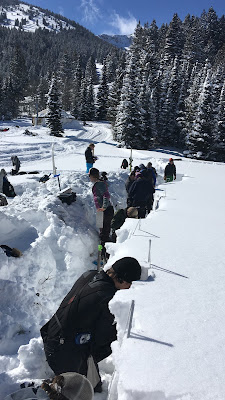 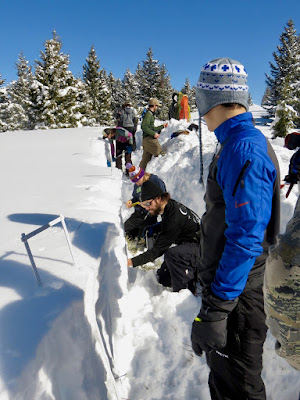 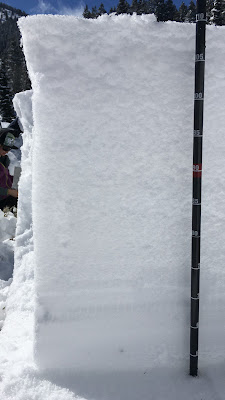 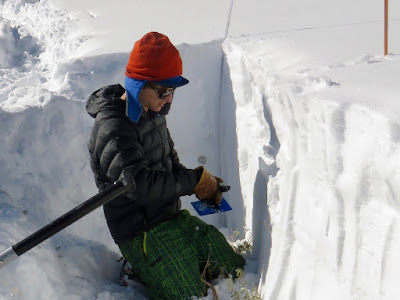 Late Friday we skied the 4-5 % powder, and expectations were high for Saturday since the forecast called for another 8-10 cms of new snow overnight. 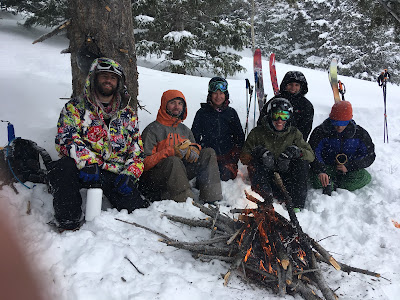 Sunday was the last day of the field camp. And there were no assignments ... it was time to practice "safe" Avalanche Terrain travel. 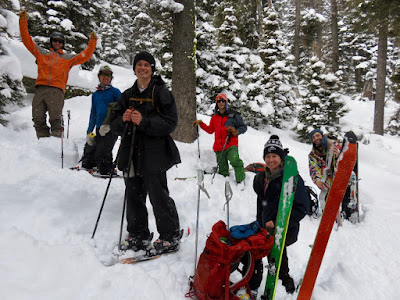 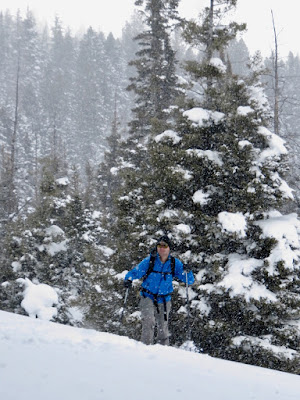 The weekend before the BSU AValanche and Snow Physics course at Soldier Mountain, we found exceptional powder conditions at Hatcher-Alaska during an Alaska Avalanche School Level 2 course. Check the next series of pictures. The terrain is quite spectacular. 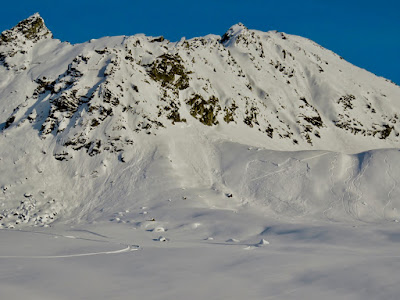 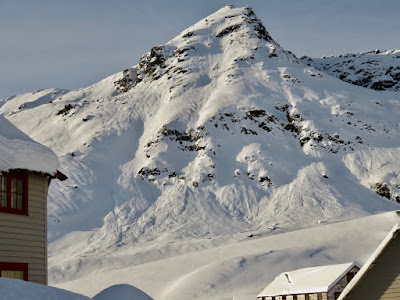 The Level 2 course in Alaska was a 4-day course that allowed us to have 4 days of touring and skiing. 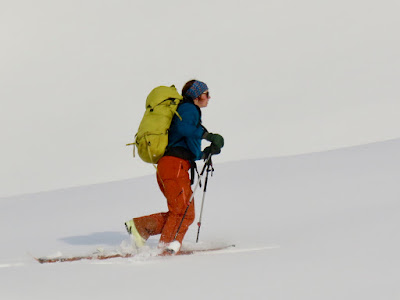 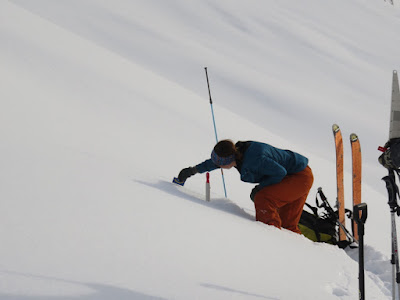 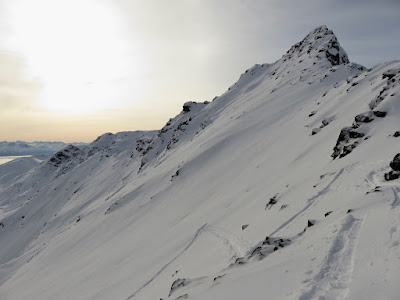 The classroom facilities at the Indepence Mine Visitor Center were rustic and cozy. 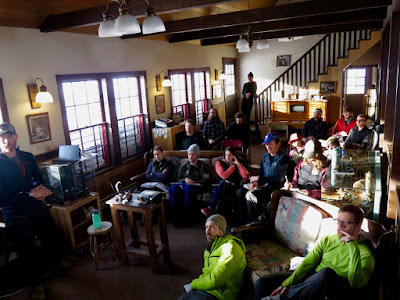 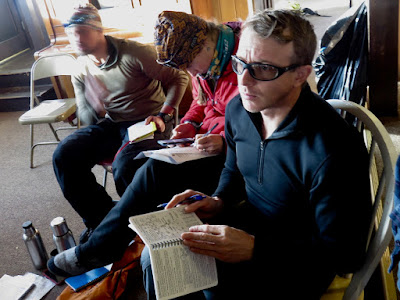 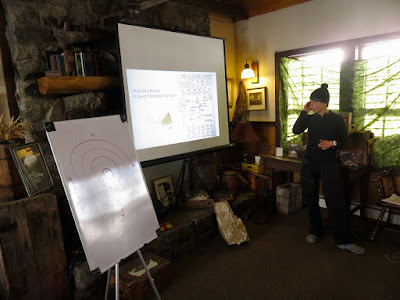 YES, this is a posting with lots of pictures ... but pictures tell a story better than words.

After a little more than a week of traveling to Alaska, preparing and executing the BSU Avalanche and Snow Physics field camp I was looking forward having a personal day off. Monday I went ski touring to Mores Creek Summit with my son Pedro and a friend from Ketchum. Sunday night precipitated 25 cms of new snow in the top of last weekend's 25 cms ... a whopping half a meter of new snow. Trail breaking was arduous ... but the skiing was awesome.

Next a series of pictures from MCS last Monday. 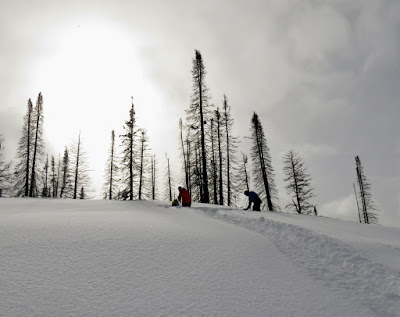 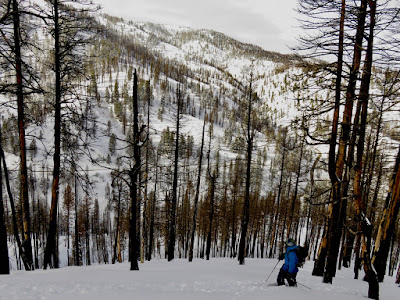 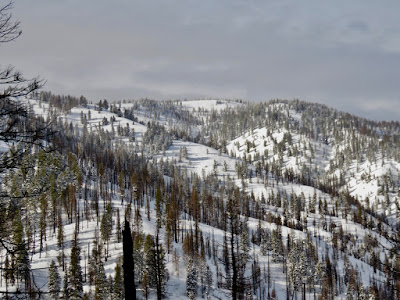 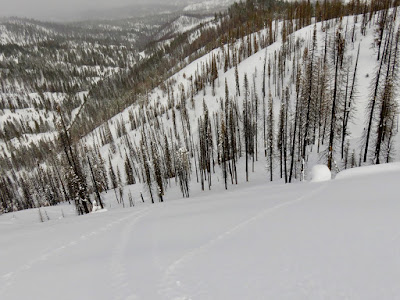 Today I skied for 3 hours at Bogus Basin. It was really good skiing with 20 cms of new snow. For the careful observer, there was a weak layer under the new snow that released naturally at small steep slopes within Bogus boundaries. It is reasonable to assume that at Mores Creek Summit there is the potential of multiple buried weak layers. We can not ignore the present winds and the significant low-density snow available for wind transport. And there is more snow forecasted for tonite. In few words, in a week the snowpack is experiencing significant load event (greater than 70 cms up to now), and we should expect wind slabs, storm slabs, and buried persistent slabs. In fact, Sawtooth Avalanche Center issued today a HIGH avalanche danger for the Sawtooth Mountains.

Tomorrow an Avalanche L1 course starts at Mores Creek Summit. I will make an effort to share obs Friday night.

Posted by Chago Rodriguez at 10:42 PM