Yesterday we ski out of Pilot past 2:00 PM. Signs of instability were present, but a natural avalanche cycle had not started yet.

We left the trailhead close to 8 AM after a beacon check and a discussion about conditions. Our tour plan was conservative considering the unpredictability of the buried persistent layer. As we gained elevation we noticed that yesterday blower powder was now cohesive and slabby. And the whumpfs reminded us about the ability of the snowpack to propagate fractures, thus we carefully selected ski lines.

Later in the morning, once we reached steeper terrain above 7000 feet, we ran into several D1 and D2 avalanches at various elevations and aspects. Yesterday we skied past locations with avalanches. Apparently last night during an incursion of temps above the freezing level that was enough to finally tip the scales, and initiate an active natural avalanche cycle. 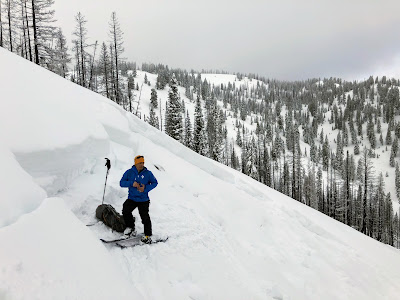 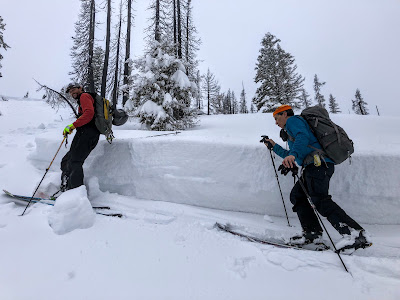 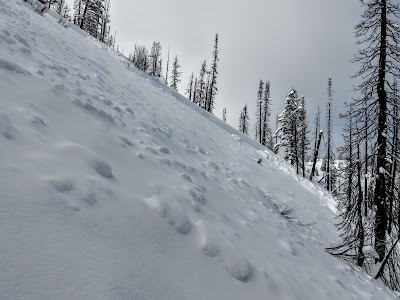 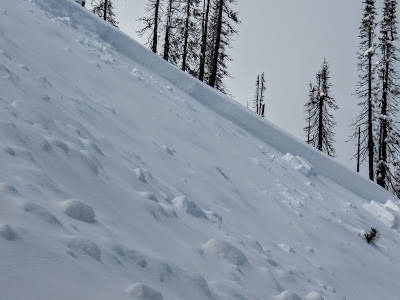 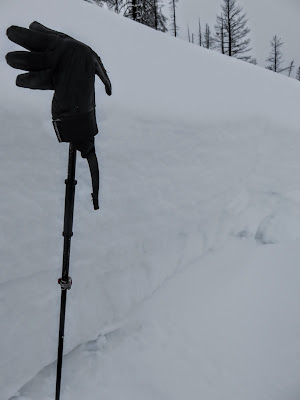 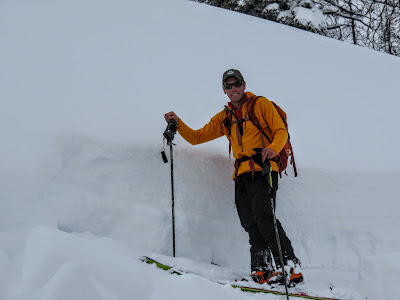 There were crowns with a thickness of up 90 to 100 cm at popular backcountry skiing runs such as Almost Top of the World, The knob. We counted six significant avalanches that released naturally at popular areas.

Throughout the day there was no lack of significant collapses (Whumpfs), and stability test confirmed that there is still an active weak layer buried between 90 to 100 cm with the potential of human-triggered slides at slopes that have not avalanched yet.

Another layer of concern is a 35 cm storm slab that also released at various locations. Stability tests failed at that layer with easy scores and Q1 fracture character (sudden planar). 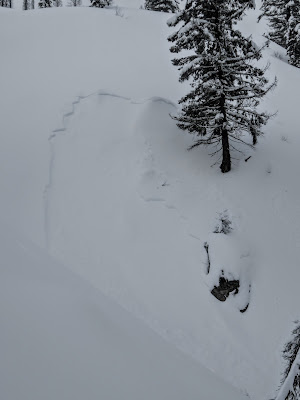 Many of the slopes that were not steep enough to slide experienced striking fractures. 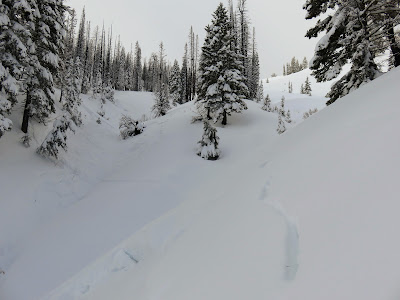 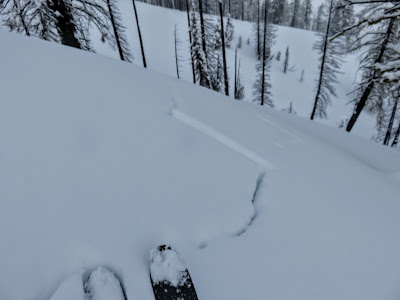 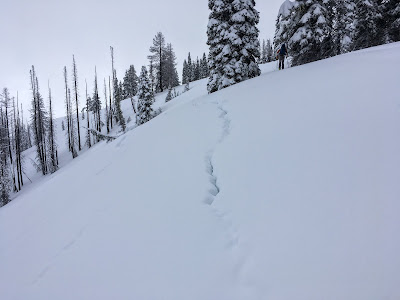 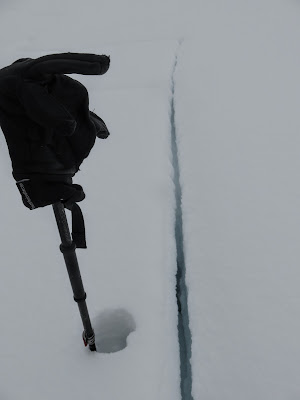 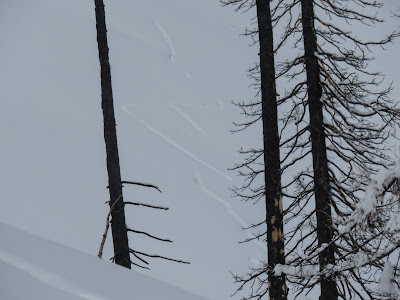 The skiing was fun, albeit the face shot quality pow from the day before was gone. Check the next video.

PilotJan12_2018 from Santiago Rodriguez on Vimeo.

The forecast for tomorrow is for a warming trend. In the long term, this will help with the present instability. meanwhile, it will be prudent for tomorrow not to ignore slope angles and be selective where to ski in the MCS backcountry.

Next a slide show with pictures showing releases and fractures at Summit Creek area.