Iron Creek provides access to some very cool spring skiing terrain. Saturday May 26th might have not been the best day, but I have not skied there for several years, and I felt the urge to tour there. The day was snowy and rainy ...

The destination was peak 9145 above Iron Creek. I skinned to the summit via the long left to right ridge.

Iron Creek TH is at 6700 feet thus there is hardly any snow at the TH. I reached consistent snow at 7000 feet immediately after crossing Iron Creek on Alpine Way. The topo map is include below. The red line denotes the mostly snow free trail. The purple line was the route used for skinning-up as well as skiing down. 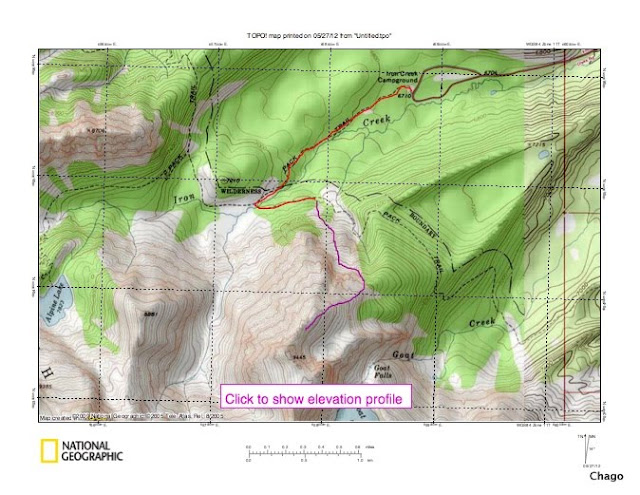 Next, a selection of pictures from today hiking, ski touring, and skiing.

Ski cuts during the descent on terrain steeper than 35 degrees and above 8000 feet produced wet loose slides. Considering the high consequence terrain, I skied and toured terrain that was not steeper than 35 degrees. There was not enough snow (15 cm) to bury a victim, but there was plenty of rocks and cliffs where an unexpected slide could take you, and most likely ruin your day!

Between 8800 and 9145 feet of elevation the snowpack developed a nasty breakable crust due to cooler temps that made skiing challenging, particularly with the low visibility conditions. There was a narrow band between 8800 and 8600 with fun high density pow, but such easy skiing pow did not lasted too long, the mid 8500 to 7000 feet elevations were plastered with wet and sticky snow.


After skiing I transitioned to hiking shoes, strapped skis to backpack, and started to hike down under light rain. Farther down on iron Creek trail I ran into some very nice folks enjoying a walk in the wet woods. One of the kids (Alexis) have won the Redfish Marathon earlier in the day.

As the pictures attest, visibility was poor with many snow showers making difficult to snag good pictures. Below two images captured from Google Earth for Peak 9145 showing the uphill and downhill route. 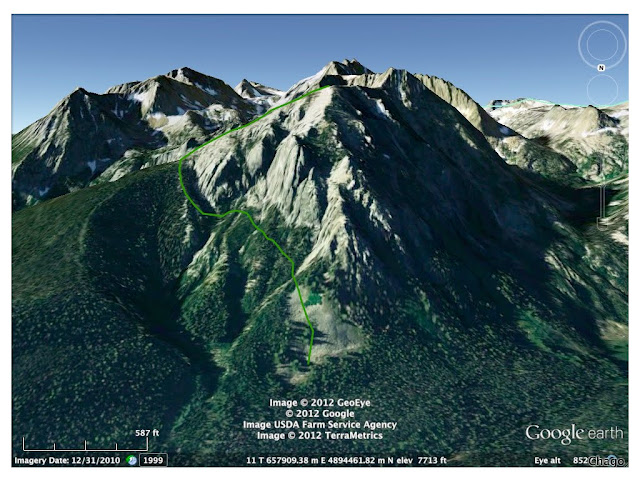 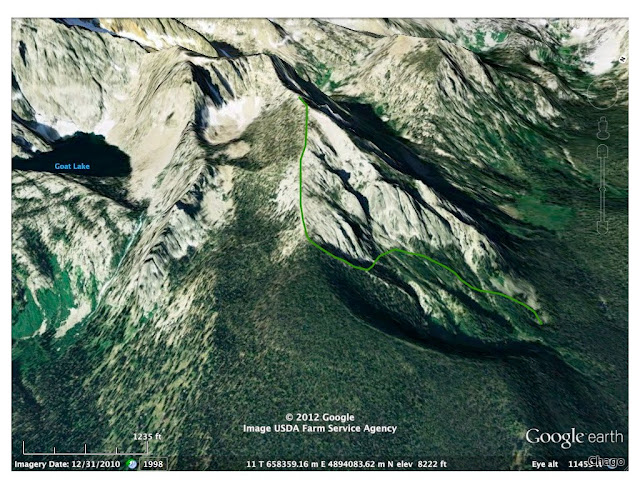 This was a very nice tour on an area I have not visited since 1994. Definately I experienced some of the least enjoyable ski conditions of the season, but it was well worth it. I will try to convince my friends to accompany me next year, but on a clear day so that we can thoroughly soak on the splendid views.

Cheers!
Posted by Chago Rodriguez at 1:50 AM