Today I drove to Mores Creek Summit to assess the impact of the significant precipitation event, as well as making turns in a set of new skis that have been patiently waiting for the right conditions.

As we all know the precipitation that commenced Wednesday and winded down today brought the snow levels to average conditions:

The Snotel at Mores Creek Summit reported a whopping 75 inches, an increase in excess of 48 inches (4 feet!). It was no surprise that some pull-outs were not plowed (such as Winter's Corner), and that the parking area at the Summit was limited in parking space. With very few options available I decided to make few laps at Freeman. There was another party at Freeman that selected to put an uphill trail on the main ridge. I still was not sure there was not going to be combat with the brush approaching from the ridge, and opted to built a second uphill track close to a run some call "Elevator" (ski line dropping to the switchback). As expected, trail breaking required more work due to the unconsolidated nature of the new snow.

No whumpfing, cracking, or other sign of instability were present during the climb and approach via a NE subtle ridge to the 7000 feet level. During the drive, and ski touring, crown fractures were visible at SW, W, NE, NW, and N aspects. The fractures appeared to be 25-30 cm deep that ran during the storm cycle only at very steep 37-39 degrees slopes between 6000-7000 feet. Terrain above 7000 was obscured and/or not visible. NO avalanches were observed that might have run on the old snow interface.


I was very fortunate that the camera worked early in the day, and allow me to record the PST (Propagation Saw Test) and Ct (Compression Test). After finishing the the snowpit, my Nikon point & shoot refused to work - it reported a "lens error". Too bad, since it did not allow me to document the several areas with crown fractures.

Below a video for the PST test in a 26 degree slope with East aspect. As you will notice in the video, I was surprised by the propagation at the interface between the New snow and old facet layer (~65 cm from the ground) after just sliding the saw )blunt side) less that 5 cm. The slab experienced a sudden collapse after the propagation, suggesting a Q1 score.

The next video is for the compression column test. A previous test, not recorded resulted in a CTVQ1, or column failure during isolation. On this video, a second column was isolated and failed after just placing the shovel blade in top of the column, perhaps between a CTV and CT1Q1.


This was a surprise to me, to find the deeply buried facet layer so sensitive at relatively low elevation (6800 feet) and after being buried so deeply (1.3 meters) by a slab. 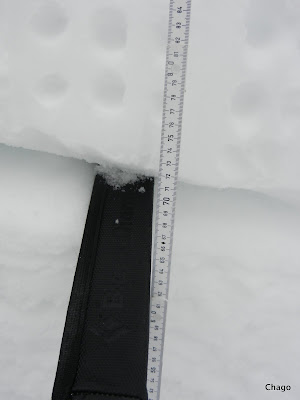 The weak layer - a fist hard 2 cm layer of large facets - was found above the pencil hard ground to 63 cm old snow layer.

The snow pit work did not detected any remarkable or reactive layer in the new snow (top 1.3 meter). While skiing down in terrain 30-32 degrees, no new snow surface instabilities were detected, and ski cutting in wind loaded and steep roll-overs did not produce results.

Considering that evidence of "deep" instability was found:
It would be prudent to approach steep slopes ( greeter than 35 degrees) at Mores Creek Summit Area with a high level of prudence. And slopes that have avalanched this season should be considered suspect-ful (Freeman-42, Almost Top of the World, Head waters of Edna Creek, ...).

Last weekend a second Avalanche L1 course was completed by Pedro and I. We had a good time at Freeman on Saturday, and a fabulous day at Banner Summit on Sunday. 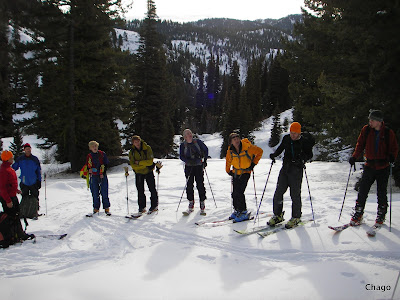 At Banner Summit, there was about 25-30 cm sweet POW snow (not facets!) that was skiing incredibly well in top of the old facets. 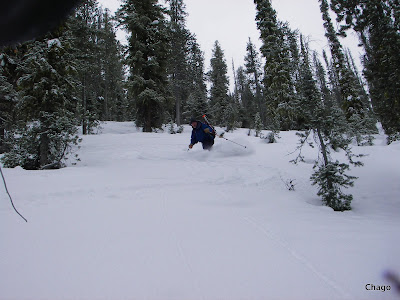 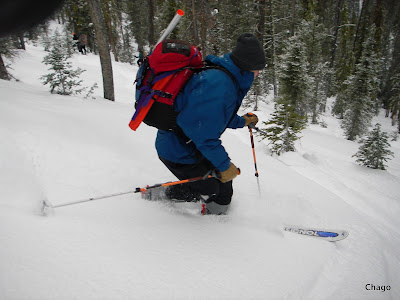 Results for trigger likelihood (CT), and slip likelihood (Q) were moderate CTMQ2 at the students snowpits. However, the propagation likelihood was high (ECTP, PST 40/100 END). Recent avalanches were spotted in the vicinity, thus we restricted skiing to slopes below 35 degrees.

Thus, it appears that the reactivity of the winter drought facet layer along with its ability to propagate fractures failures will stay with us for while. :(

I would like to take a few lines to congratulate the students that completed the AVI L1 course last MLK weekend. And knowing that they enjoy this blog, I will include few pictures below for their enjoyment. Thanks Judy for the PICS! 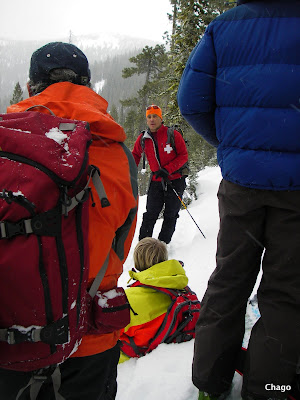 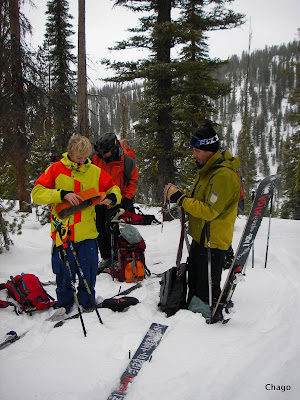 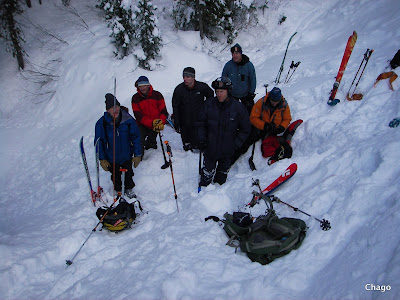 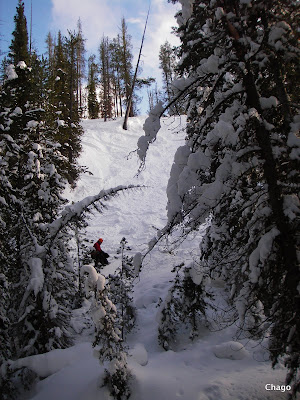 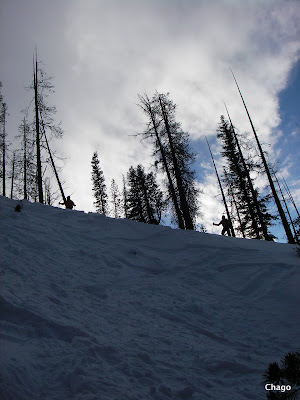 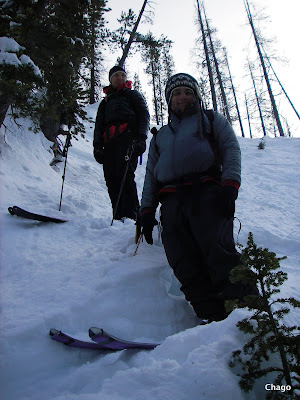 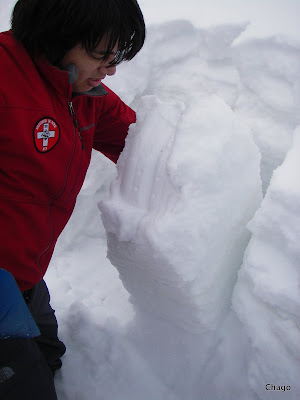 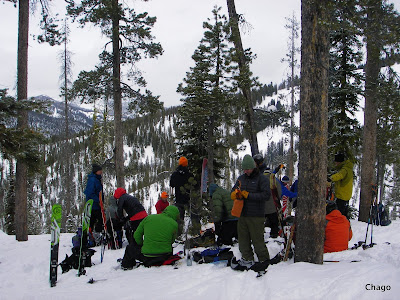 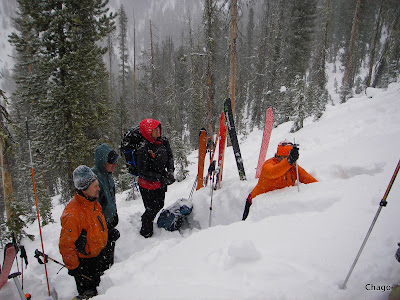 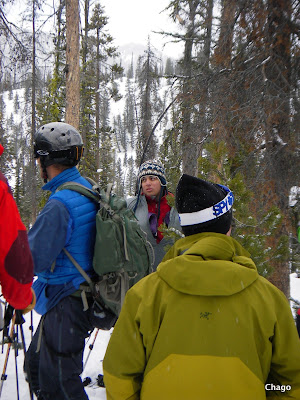 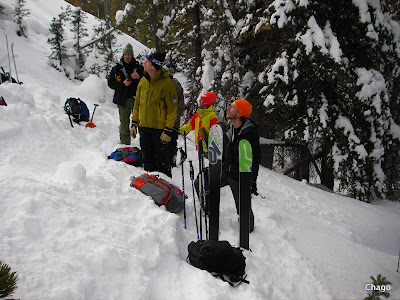