Hi y’all! Hope all your ski adventures are going well, because I know mine are with all this snow! Last weekend I got my first chance to ski since returning from my first semester at UC Berkeley and it was fantastic. On saturday we woke up nice and early to drive to McCall and finish teaching a NSP avy 1 course that has been going for the past 3 weeks. Aside from Chago locking the keys in the car, it went pretty well. The combination of awesome students and instructors made the class a success.

The next day we headed out to Big Creek Summit to get some nice relaxing turns with a group of friends. 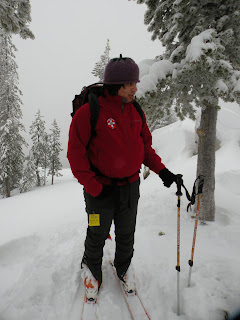 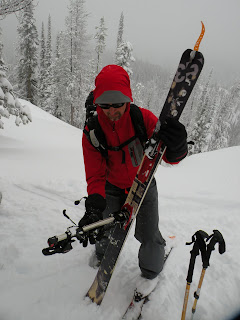 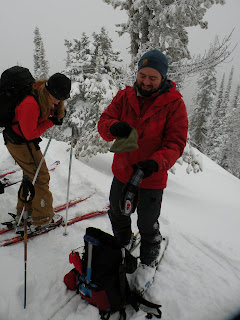 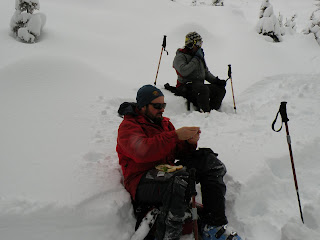 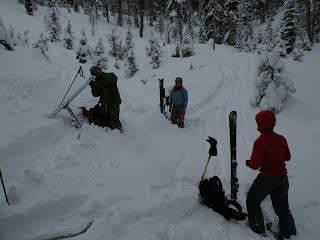 Gary, Erin, Bill - getting ready for skinning up.


The snow was great and in most places a supportable rain crust was present with about 30cm of powder snow. Definitely not the day for thin skis, but my JP and Juliens did a great job at keeping me floating at the top. I only wish the same could be said on skin-ups where the elevation change from Sea Level (Berkley) to 7000ft did a number on my climbing speed. Overall a great day fun nice long runs.

As far as the stability was concerned, the name of the game last weekend was variability. During the avy course students conducted snow pits on many different aspects and elevations at Brundage side-country and found a wide range of conditions. The main concerns seemed to be the depth hoar at the bottom of the pack and near surface facets burried about 30cm below the surface. Stability tests and snowpit work at low elevation had depth hoar failure at the bottom of the pack at relatively low CT scores with ECT propagation. At ridge tops the primary factor seemed to be wind loading above a NSF layer. In areas with only moderate wind loading we were recording CT and ECT-propagation scores below 3 taps. In areas with no windloading, the same layer was nonreactive. Unfortunately the instability problems detected at Brundage side-country probably won’t go away anytime soon.

My general interpretation of this was to play it safe especially in areas with windloading or a shallow snowpack. No sense in trying extreme skiing when a good day with friends (and father) are just as rewarding!

Posted by Chago Rodriguez at 7:30 PM